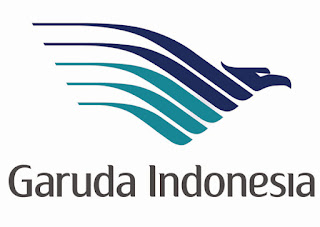 Garuda Indonesia is the national carrier for Indonesia. They are based in Jakarta as well as Bali airport. Garuda Indonesia re branded their product with new color scheme, uniform and service concept.
Check In 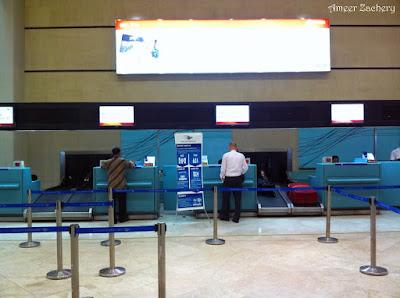 The check in is always a breeze. There is no long queue as few counters were open to accommodate the passenger volume. The information board is displayed to guide you to the respective counters. If help needed, the help desk officer will always there to assist you.
Departure Hall 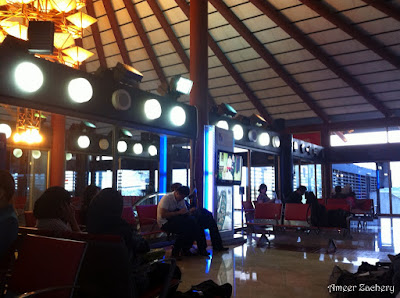 As Soekarno-Hatta International Airport located far from the city, be sure to plan your time ahead to avoid traffic congestion. The new security system were implemented at the International Terminal 2 blocking the gate area from the duty free area. So be sure to do your shopping before passing through the gate. No shops available after the security. The gate mostly no very well lit.
Aircraft 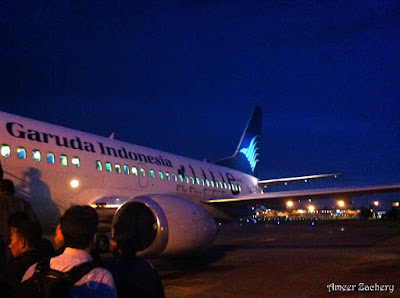 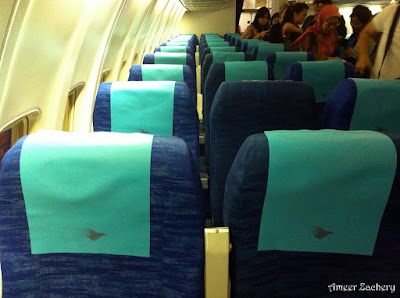 The aircraft is Boeing 737-300. It's a classic version. From my understanding, this aircraft is use for regional route mostly and only to certain destination. Garuda Indonesia is currently transiting to the newer generation of Boeing 737-800 progressively from year 2011. The interior as well as the exterior is nicely maintain making the aircraft look like a brand new.
Cabin Crew 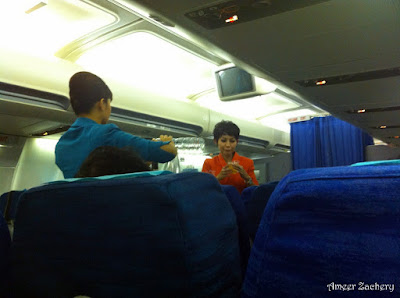 It is the culture where you never see the smile cease from the face. The only flaw is that they only approach you when you asked for their help. Having said that, they are very helpful indeed attending to the passengers need.
In-flight Entertainment
Since this is a regional flight utilizing the old aircraft, the only IFE is located at the overhead section with small TV monitor. Headset were given to all passenger. A short comedy series were shown until the aircraft were about to land.
Meal 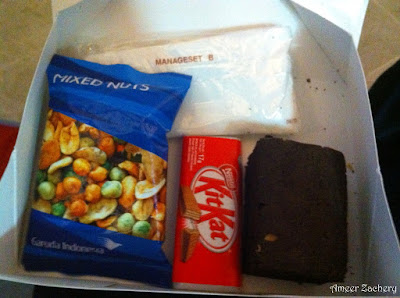 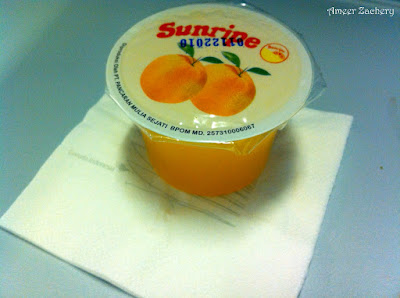 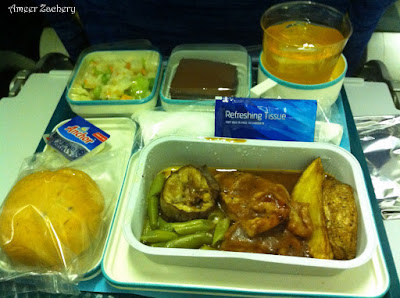 The flight were delayed for an hour. However, the airline did provide all their passenger a snack box while waiting. A nice gesture to the passenger. Whilst boarding, juice drink were given to the passenger as well. The meal is simple but yet delicious. My choice were the Grilled Chicken with Gravy accompanied by Soft Chocolate cake and Potato salad.
Overall Rating