Date: 15 March 2010
Sector: Melbourne (MEL) - Kuala Lumpur (KUL)
Emirates is based in Dubai connecting flights all over the world. It is known for their multi-racial and multi-language crew. It was a privileged to had flown the airline for the very first time.
Check-In 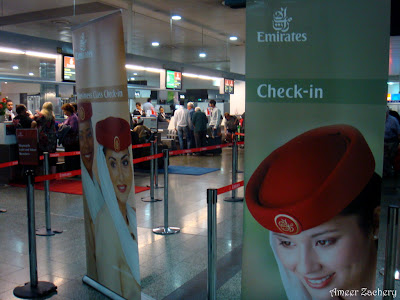 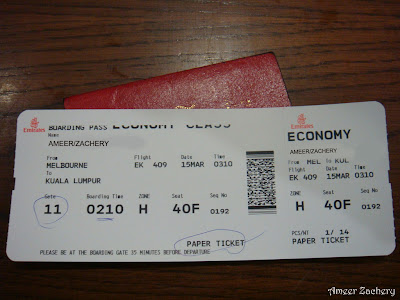 It was late night or should I say very early in the morning departure. However, the check in was fast as there were a lot of counter open to handle all the passengers. It was easy and fast. They even open up a service desk to help passenger who has queries (people like me).
Departure Hall 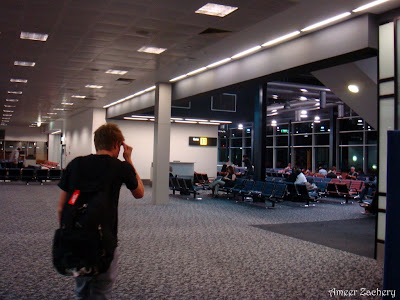 Everything was closed at that hour. The only shop open was their duty free shop. So no shopping for me I can say. Ample of seat in the waiting area and eventhough the airport is currently under renovation, it is not difficult to find the way to the gate.
Aircraft 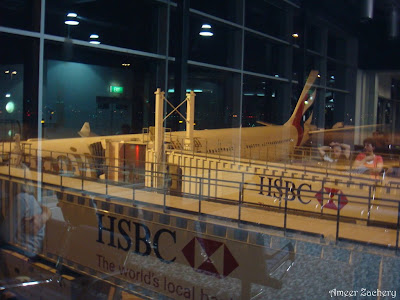 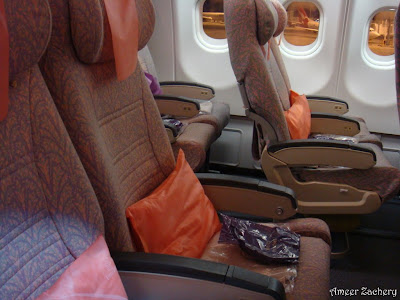 They are using the very nice and new look Airbus 340-500. This is my first time on the aircraft as well as flying with Emirates. So I was pretty excited. The seat is comfortable. Very spacious to me eventhough it is only Economy Class seat. It does resemble their seat on the Business Class. I wonder why? It could recline a lot and my guessing would be up to 35 degree of angle. Lucky for me, I found myself a good empty seat just for myself.
Cabin Crew 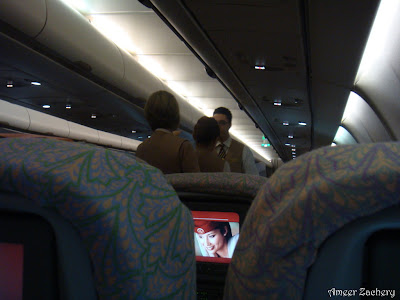 They really do have multi-language crew onboard. Majority of their crew are from all over the world. They are friendly but don't really talk much. I believe it was due to the late morning flight and they are all tired. They did a good job looking fresh and still try to give you a smile which I rarely see in most of the crew. In my opinion, they could do better but since it was my first flight, I won't judge more on it.
In-flight Entertainment 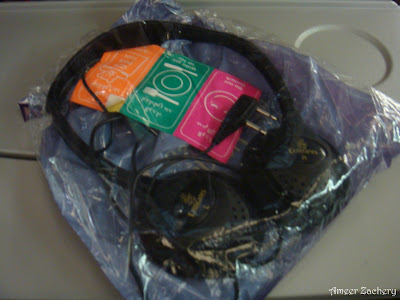 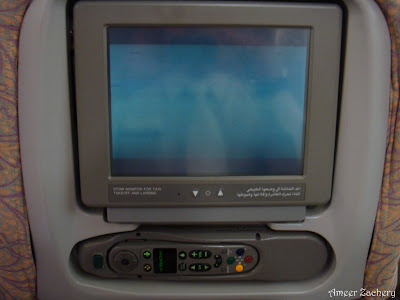 I love the in flight entertainment onboard Emirates. You can actually start watching your movie right after the safety announcement is made. They even have forward and downward camera view of the plane  viewable through your personal TV. The best of all it is all touch screen. How cool is that? I had fun exploring the IFE and did enjoy it until I was at the gate on arrival. I even managed to play some games while waiting to disembark from the plane. I wish all airlines should have this great IFE system.
Meal 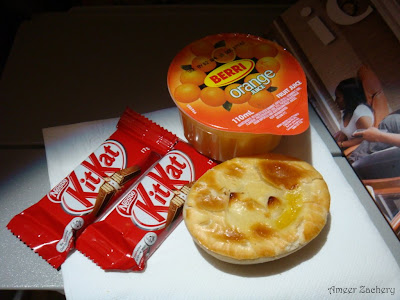 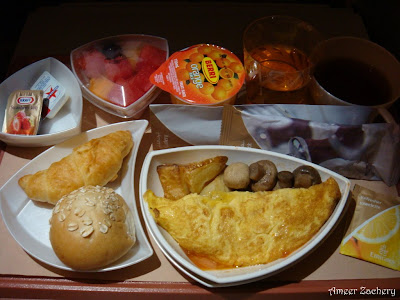 They served a light snack right after takeoff. I ate earlier before boarding, so I just asked for a beef pie and some chocolate. I don't want to eat more as I was really full eventhough the pie was really good.
The breakfast was either a beef grilled steak and veal sausage or Swiss cheese omelette with roasted potatoes. I don't feel like eating heavy that morning. So I just pick the omelette. It was nice. The portion was big. Some side dish along side of fruits and Croissant with butter. I was actually ate a lot.
Overall Rating
Check-in 4/5
Departure Hall 4/5
Aircraft 5/5
Cabin Crew 4/5
In-flight Entertainment 5/5
Meal 4/5