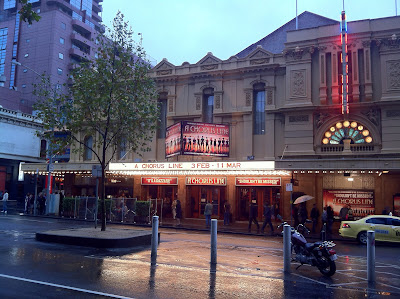 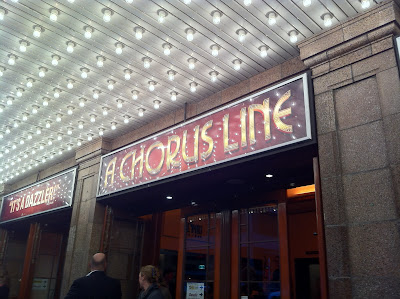 It was unplanned show this time. I thought I won't be able to make it as the show was supposed to end today. Apparently they extend the show time to 11th of March. 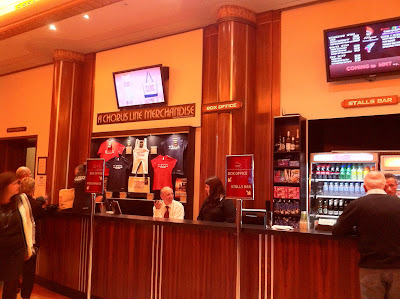 So since it was Saturday, I thought maybe to book for the night show would be better. After all the seat were limited. I don't like the booking method that is done online. I was not even able to pick my own seat. It was preassign during the booking. Hate it a lot. Plus there were so many type of fee charges to you for the booking such as credit card fee and ticket collection fee. Even if you were printing on your own the ticket, you are charged for them to sent the email to you. 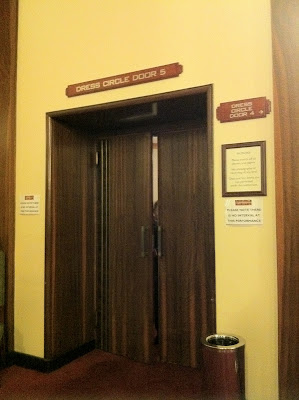 It was my New Year resolution so I don't really mind spending for the theatre. It just one time for the show. It was the theatre for A Chorus Line venue at Her Majesty's Theatre located at Exhibition Street. It's not hard to locate with huge signs for the show displayed outside the theatre. The building was a little bit old but very well maintained. It's quite big in the inside compare to the outside. To maximized the patrons, the arrangement of the seat seem to be a little bit small and cramp especially for those who are tall. As always, the middle seat is always better. 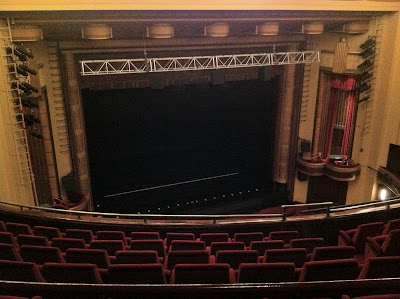 Basically, the show is not really as superb as I expected it to be. Well, I have been to two shows before and both were amazing to me. The story is about dancers wannabe trying to get a job in the chorus/musical. It's revolve around them and most of the plots are draggy and boring. The comedy rise the storyline to be a bit better. The thing I could praise about the show is the great dancing and catchy songs. It's doesn't seem like a huge production to me as there isn't much props involved. Total show time is 2:10 hours.

It's coming to Singapore next. So if you feel like watching the show, book you ticket early.

Her Majesty's Theatre
A Chorus Line
Stamped by Ameer Zachery