The check in staff are extremely polite and really take care of you even though I am checking in for the Economy class. The treatment they gave was as good as the treatment you get traveling on Business or First Class. They really helpful and tend to your questions the best they could.

Departure Hall
Incheon International airport served as the hub for Korean Air. The departure hall is an open area. Though the gate a little bit far from the immigration, you get to do some last minute shopping. Ample of seats to rest on. 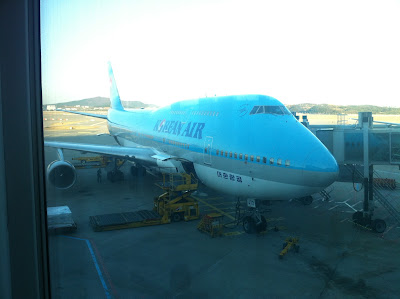 The aircraft for today is the majestic Boeing 747-400. The aircraft look aging but when you walk inside you could see how good they keep the aircraft. For Economy configuration, it a bit cramp but that the price you pay for traveling on it.

The crew are generally nice. They get the job done and they did anything you requested for. To me they should not lost the human touch and work like a robot. In comparison the check in staff were much more better. 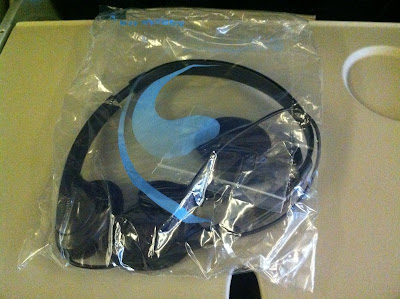 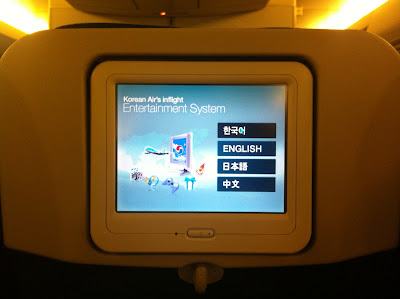 Good IFE. A lot of options to choose from. Screen a little bit small. Perhaps they new aircraft would be much better. Since its the old Boeing 747, I would not blame for the lag in technology when it come to IFE. It's not easy to upgrade to all aircraft. Nonetheless, it's sufficient enough to keep you occupied for the flight. 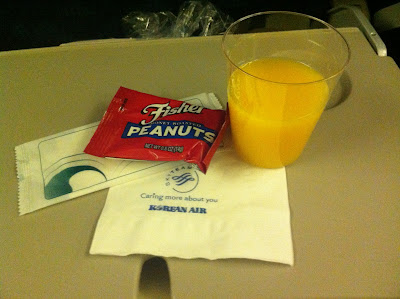 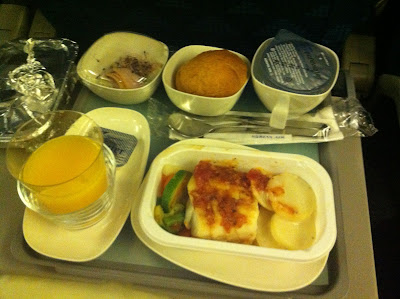 Two meal service were given. Dinner was a nice fish with cream sauce. Plus bread and butter and I'm already full. The second service would be snack. A choice from their traditional sticky rice, chips or biscuits. Jus were given from time to time to keep everyone hydrated.